The first day of Constructing Modern Knowledge has been, so far, all about figuring out a project and getting going with it. The group I joined is working to create a water show. That was our initial plan. Pretty broad, huh? As the day went on it seems to have evolved into a water show that will demonstrate the water cycle – a mechanical dragon (we’re creating and programming) will shower water into two places, a pool and a bucket. The bucket will have holes in the bottom so the water can ‘rain’ down. Then we’ll have a place where the water mists (as in the second picture below) to show condensation. 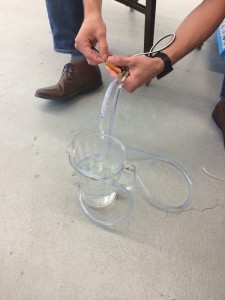 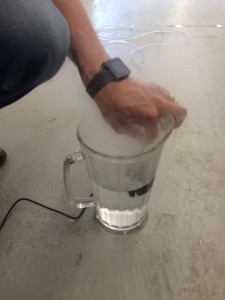 We also want our water show to be interactive so some of us are working on side parts. I worked with these two to create a water wheel (they built it out of legos and I did the coding in Scratch and got the Makey Makey set up). Tomorrow we’ll have to determine exactly how people interact with it to make it move or stop. 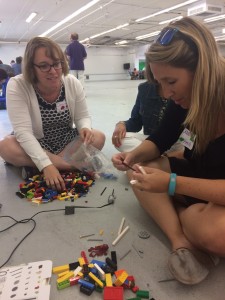 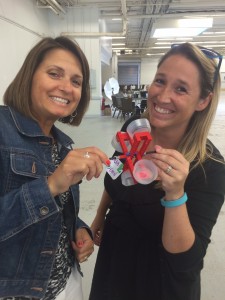 We’ve got more time over the next three days and some very ambitious plans but today was a good start. At the end of the day we gathered in groups to reflect. Based on those reflections, I have some:

That’s a lot for me to chew on right now! Tomorrow will include more work on our project, a talk from Carla Rinaldi, and a trip to Boston to visit the MIT Media Lab with Mitchel Resnick and a talk from Stephen Wolfram.