I was reminded of this today when I saw something a friend posted on social media: 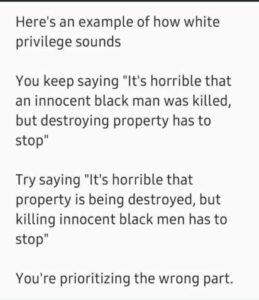 The language we use matters because it says a lot. Sometimes we don’t even realize the depth of what we’re saying. When someone takes the time to point out to us what they hear us saying, we should listen and reflect. Just because our intentions are good doesn’t mean our words (or actions, for that matter) are as well. And our intentions are irrelevant when our language (and our actions) is harming others.