I woke up at 3:00 Friday morning in a panic. I had been dreaming that my two teenagers and I were in something of a post-apocalyptic world. My kids were about four years younger, I think, than they are now. So my youngest was about ten in this dream. 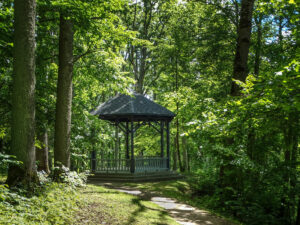 We were alone, just the three of us in an outdoor pavilion in some parkland, being attacked from a distance with flying weapons. That was terrifying and we were running to some woods nearby in an attempt to escape. As we got to the woods, we were attacked by a wolf and I woke up, just as I thought my youngest was done. It took a long time before I could close my eyes again, much less get back to sleep. Nightmares aren’t new to me, although I have them less often now than at other points in my life. I don’t always remember them this clearly, hours and days later, especially if I’ve managed to get some more sleep as I did that night. For whatever reason, this one is still clear in my mind and, not surprisingly, has been something I’ve thought about again and again since then. I could be wrong, and yet, I think this nightmare may be a sign of the fears I’m living with every day. I. Can’t. Keep. Kids. Safe. That was true in my nightmare, vividly and painfully true. In my daily life it is simply a constant, low-key, nagging fear. Teaching always, if done well at least, involves some thinking about keeping students safe. This might be as basic as outdoor recess expectations and limitations and routines around kids leaving the classroom with a partner rather than alone. It goes farther, though, and includes thoughts about how to care for kids’ emotional and intellectual safety. Keeping kids safe is not a new thing for me to be focusing on. It’s never felt like this though. And for all the anxiety dreams I’ve had about school over the years, I’ve never had nightmares about keeping kids safe.