I have so many thoughts and they’re something of a jumble in my brain.

That ran through my head this week when I took a COVID-19 home test on Wednesday evening after hours of feeling achy, having chills, and fighting serious fatigue. I’d been to the doctor that morning (about my chest pains) and had no fever or anything. But everything changed by the evening and the test was positive. I reached out to my admin and made an appointment for a PCR test the next morning back at my doctor’s.

I also spent time Thursday morning figuring out who might have been a close contact at school, defined as anyone with whom I was within six feet for more than a total of fifteen minutes over the previous two days. I named several colleagues and felt stumped when it came to my class. I teach third graders. They are frequently within six feet of me. On and off, again and again, every day. Determining who fit that definition was overwhelming. Which certainly makes my administrators’ jobs more complicated.

On the plus side, apparently our schools have Binax tests on hand and were able to immediately give them to my colleagues who were close contacts. Protocals at school were followed and I feel comfortable with how all of that went (if guilty for all the work it made for my colleague and the stress and challenges for them and my families).

I am now in my bedroom for ten days. We are lucky to have a large enough house and plenty of bathrooms to make it possible for me to isolate in this way with minimal inconvenience to my family. On the rare occasions I leave my room, or when my husband needs to come in and get some clean clothes, we have KN95 masks. Masking in my own home stinks. Having both my kids home and my husband off of work (after today) and not being able to be with them stinks. Staying holed up in my room through Christmas stinks. 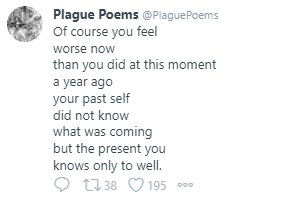 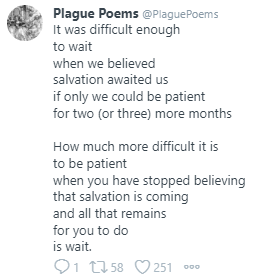 Two years ago I missed the last day and a half before the winter break because I was put on administrative leave. It was exceptionally traumatic. Missing those same two days again this year hurts. It brings back some of the pain and stress from two years ago. Unlike two years ago, this time I am contact with friends and colleagues about what is happening and having their support makes a huge difference. (So thank you all!)

Lastly, this month has been something of a roller coaster.

Early in the month, I got my first copies of my first book. 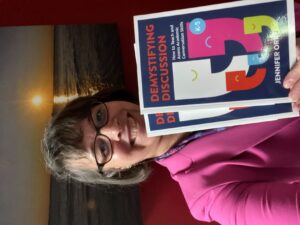 Then mid-month, all of this. 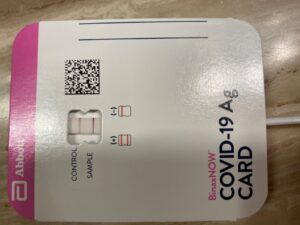 2 replies on “When Positive Is Really Negative”