The book I wrote should be out at the end of this month (assuming supply chain challenges don’t hinder that timeline) and it is all about talk. For the past two years that has been difficult. In the virtual setting we talked but it was all very structured most of the time. When we returned in person last spring we were masked. And we still are. We can talk a lot more now but it can be tough to hear each other.

Twitter to the rescue. Matthew Kay tweeted about getting a microphone for his high schoolers to be able to hear each other. That bounced around in my head for a while. Then I decided it had to happen. So I ordered a microphone and speaker. I was hopeful but not sure how well it would work.

The first morning we used it during our morning meeting share. The kids were thrilled because who wouldn’t be excited to use a mic. And we could definitely hear people. That was awesome. But the best part was how engaged all of the other students were. They were listening to each other. Now that they weren’t straining to hear each other they were truly listening. 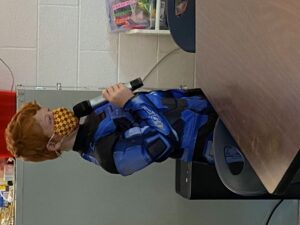 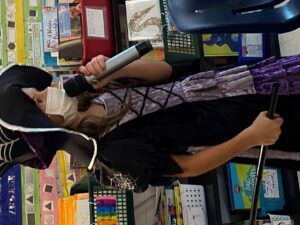