This post should have been written yesterday. Sigh. That’s true of so many things in my life. But it’s getting written so I’m counting it as a win.

Yesterday was the first day of spring. It was also the birthday for two women who inspire me and are roll models for me. As a rebirth of sorts that spring brings, I am reflecting on these two women and how they have helped me (likely without realizing) to become a better person, mother, teacher, friend, etc. 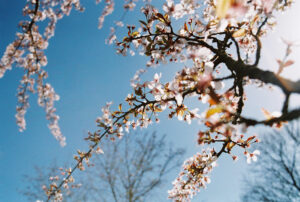 Many years ago I worked with Glennon Doyle. She taught third graders down the hall from my classroom of fourth graders. I had a few years of teaching under my belt when she began and her skills and her genuine care for and interest in her students was inspiring. I learned much from the chance to watch her interact with students and from teaching her students the next year.

Then Glennon went on to write Momastery, which spoke powerfully to me. (Glennon’s oldest child and my oldest child went to the same babysitter, thanks to Glennon’s recommendation to me, early in their lives as we became moms at similar times.) Glennon’s honesty, transparency, and willingness to share the whole story was refreshing, funny, and validating.

And then, Glennon began writing books. And running a nonprofit that does astoundingly good work. Glennon continues to live a life with challenges, like anyone, and also with love and care for everyone. She’s sees individuals. She sees people as people, no matter what. That is something I work to do every day, with my students, with their families, with my colleagues, with complete strangers. Seeing it modeled so powerfully helps.

The other special birthday from yesterday was my sister-in-law. I am lucky enough to have married into a phenomenal family and I have three amazing sisters-in-law as a result. As I only have one sister, it was quite a gift to gain such family members by marrying my husband. This specific sister-in-law is an amazing human being.

Our family, no matter how you define who I am including, is quite a diverse group in lots of different ways. Somehow, no matter who needs a little bit of help or support or love, be it one of the kids or an adult in any generation, this sister-in-law is the one we all know will be there. She seems to always know what anyone needs, often even before they do. She anticipates challenges people will face that don’t occur to the rest of us and simply addresses them. I would guess that the majority of times she does this, most of us don’t even realize it has happened.

This awareness of and dedication to the people in her life (and, through her nonprofit volunteering work, people she will never meet) is something I constantly marvel at. It feels almost like magic but I recognize it isn’t. It is something that is a priority for her, something at which she works all the time because it is important to her.

Both of these women are living lives that inspire me. One of them is doing so in a very public way now (thank goodness as that’s why I get to still see it) and the other is doing so in her daily life. I am grateful to know both of them and to learn from them.