As there is a dog in our house now (we were fostering since we’re currently home all the time and one foster became a pet) I frequently hear family members say, “I love you, dog, but…” It’s often followed by things like, “you can’t stand on my stomach” or “not so much when you fart” and so on. The dog doesn’t understand (even if I thought a dog would understand all of that, this one has only been in the US since the explosions in Beirut a few months ago so I don’t think his English is up to that yet). As a result, I don’t worry too much about it.

However, it is a reminder to me of how strongly I feel about when to use ‘but’ and when to use ‘and’. I think I first thought about this when our kids were babies and I said those kinds of phrases. “I love you but I just need you to sleep.” Or “I love you but we have to get in the car right now.” I realize that saying “I love you but…” didn’t send the message I wanted to send. The ‘but’ seems to negate the “I love you,” at least to some extent. 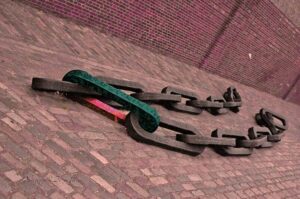 Making the change to saying ‘and’ at least much of the time wasn’t easy but is now one of those things that is glaring to me. When I hear a phrase followed by ‘but’ I’m immediately waiting for what will be said that qualifies what’s already been said. That ‘but’ means I think what has been said before it isn’t completely what I thought it was.

I’m sure there are people who would say, “That isn’t what I mean when I use ‘but’ that way.” It’s probably true too. The challenge with language is that we don’t control how it is perceived. When someone says to me, “I’m sorry but I didn’t mean to do that.” They may genuinely be sorry. I am not going to hear it that way.

I am sure there are words and phrases I use that convey to others something different from what I mean. I don’t like it though. I am so often hyperaware of the language I am using and what it might mean to others. Knowing I can’t completely control it is something I can accept but not like. (That ‘but’ was intentionally used.)