This morning I was in a major funk. Situational depression is probably an apt description of where I was twelve hours ago. Hence the blog post I wrote this morning.

Since that time I did go back to bed, read some Agatha Christie, and napped a little. I felt a need to regularly check my Google Classroom and my school email. As a result, I learned I could meet with students during office hours. (For background, the plan – this week – had been to meet with my whole class from 9-9:30 and then do one-on-one meetings with kids between 12-1 each afternoon. The morning time had been canceled but the afternoon was still an option)

I emailed six sets of parents to contradict the email I had sent to 22 sets of parents at 6:00 am. As a result I got to meet with four of the six kiddos I was scheduled to chat with today. I am so grateful for that.

One kiddo could barely sit still as we talked and told me all about how he’s been learning to play Magic the Gathering with his folks. His two younger brothers and dog ran around in and out of camera. It was awesome.

The next kid told me he’s been working on his multiplication facts and reading great books. He’s also been been watching a LEGO YouTube show and trying out new techniques. Apparently he’s built a beach with radioactive sharks. I had so many questions.

My next darling has celebrated a birthday during this time. He told me all about the various Minecraft decorations and cake. He also had multiple videos games to fill me in on.

The last one I talked to today was a kiddo who has had trouble getting the technology to work so we talked on the phone instead. She asked me a number of questions about the technology and I was hesitant to spend a lot of our (hers and mine) time and energy figuring out tech that may not last. So I told her I wasn’t sure what would be happening in the next week and I was worried the district would give up on synchronous meetings, given the problems we’ve faced. She paused, took a deep breath, and said, “You can’t give up!”

Forty-five minutes with four third graders and my day improved drastically. I’m feeling far more hopeful about where we’re going next (of course, twelve hours ago I had given up, so the bar wasn’t very high). The email tonight suggests we’ve got more meetings and training tomorrow and then try out the new plan on Thursday. Fingers crossed. 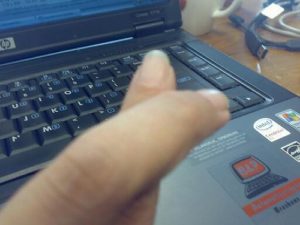