I’m back to saving posts I want to share and not managing to share them. Sigh. As we, in our household, are staying home all the time now, I’ve established a writing time each day. (Both of our children love to write but often don’t love to write what they are assigned to write at school. As a result, a time in which the three of us write each day, anything we want to write, was actually received with excitement.) Blog posts sharing the wonderful things I’ve read are high on my writing to do list. 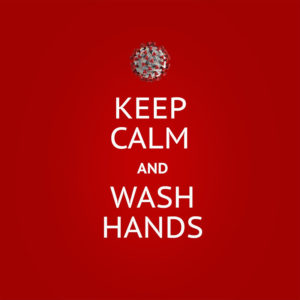 We’ll start off with some super timely pieces. The Science Leadership Academy in Philadelphia has had a more disrupted year than I have had (and I wouldn’t have thought that possible). Chris Lehmann, the principal, shared the letter he sent to families about this current situation. As always, Chris beautifully says exactly what needs to be said, which in this case means the focus remains on the students. As the parent of a high school junior, what this period means for grades is definitely on my mind (even though I hate that fact). I was fascinated by the way Chris addressed that specific issue.

For the third quarter, our general stance is that all new work would only be beneficial for student grades.

There’s no right answer for all of this, nothing that will truly meet the needs of every student, but this seems like a pretty good start.

Last weekend I missed going to L.A. for ASCD’s Empower conference. I’ve attended this conference every year for at least the past seven or eight years and on occasional years prior to that. The decision to cancel was clearly the right one, but it still hurt (and I can only imagine what it meant for the organization and for many others involved). I greatly appreciated how quickly ASCD pivoted and began addressing educational issues around this virus. I’m seeing some of these issues discussed widely now, but David Griffith got out there early pointing out why closing schools can be so challenging.

What I am saying is that this situation gives us a chance to think about why school closures create such angst. It’s likely because the fallout from closing schools is usually not mainly about education concerns, but about related issues, such as equity, realities connected to socioeconomic status, technological access, nutrition, and health.

The real hardship a closure creates for poorer families is a huge blind spot for the upper middle-class public. When children stay home from school, particularly younger children, a parent often has to stay home with them. Many parents don’t have paid leave or jobs that allow them to work from home, leading to a financial squeeze. This squeeze is doubly hard for single-parent households.

Another piece, from Sean Slade, provides some guidance on how to move forward with kids at the moment. Sean has been an advocate for educating the whole child for many years and he is always on top of seeing the big picture of how things impact children.

In response to the Coronavirus spread, many schools have decided to close temporarily, and many others are weighing this option along with plans to continue at least some instruction via online learning. In this context,schools must be especially cognizant of not only the academic attainment of their students but also the well-being of both students and staff.

I think very often many people, educators and non-educators alike, see schools as being all about academics without recognizing how many other things impact students and happen in schools. Children are human beings and they can’t solely be academic learners during their hours at school. So schools have to be much more than just about academics. This move to remote learning (or whatever term you want to use) seems to be all about academics for many people. I think that’s partly because it’s easy to be focused on that rather than trying to address everything. But our students need us to address everything.

And lastly, Karen Richardson, executive director of VSTE and life-long educator, shared some thoughts that resonated with me. She reinforces the idea that schools do far more than academics and that, as a society, we’ve ignored many inequities and problems faced by children (and families). This crisis has shined a light on many things we’ve been happy to ignore.

Stop shaming teachers and schools for anything, especially if you were not actively involved in public schools on a daily basis prior to the virus. I have seen several pundits shaking their heads over printed instructional packets. One actually used the word “shame” to describe teachers who used them. They may not be the ideal pedagogy, but they are the lowest common denominator in a world that largely gave digital equity lip service until last week. Now, suddenly, educators are supposed to be transforming their education online despite a lack of devices, access and preparation. Schools are busy figuring out how to feed kids. Give them a break.

I’m sorry we’re in this situation for many different reasons. But I hope that one thing that can come from it is a clearer understanding of how we are failing so many people in our country.