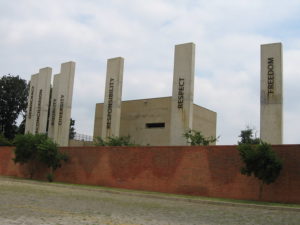 Our two kids are in 11th grade and 7th grade. In our district that means our younger one is in the first year of middle school (7th & 8th). As one who has spent her entire career in elementary school, it has been fascinating to watch my kids move into middle school and high school. There is so much about those worlds that I really don’t understand.

When our oldest moved into middle school I became aware of the difference in the amount of freedom and responsibility she was given, compared to the year before, in elementary school. Now that we have one kid in middle and one in high school, I am noticing the difference between the two. The middle schooler needs a note to get off the bus at a different stop, much less to ride a different bus. The middle schooler can stay after and take a late bus home, but only if they’re attending a club or working with a teacher. There must be a supervised, sanctioned reason for staying after. The high schooler can stay after without any reason. She can meet with teachers, work with friends on a project, hang out until a rehearsal time. Whatever. If I need to pick her up in the middle of the day for an appointment, we send a note with her in the morning and she leaves class at the designated time and meets us outside.

The difference in the amount of freedom and responsibility between 8th grade and 9th grade is significant. As is the difference between 6th grade (elementary) and 7th.

When I think of an elementary school that goes from pre-K up to 6th grade, that is clearly absurd. We are not gradually giving students noticeably more freedom and responsibility as they move up through the grades. We should be. Expecting 4th graders to follow the same rules and expectations as kindergartners as well as having the same level of responsibility at school is clearly absurd. They are twice as old in 4th grade as they were in kindergarten. Surely that would suggest we should be treating them differently.

One of the things I struggle with in my classroom is moving kids along in guided reading. If I’ve got kiddos reading books at and end-of-3rd grade level, it’s too easy for me to just keep them there. I have to work to be intentional and deliberate about moving kids into more challenging books as they are ready for them.

In schools we should be more intentional and deliberate about offering students more responsibility and freedom as they get older. It shouldn’t happen only because they’ve changed schools.