It’s been three months, to the day, since I last shared pieces I’ve found interesting, thought-provoking, and/or beautiful. I’ve been saving them all that time. I just haven’t shared them. I’d say I haven’t had time, but I haven’t prioritized this task in the time I’ve had. (I learned that from Dean Shareski some years back and it’s something I think about often. I make time for the things that are important to me. Hence, I am writing this now. It took longer than I might have liked for this task to become a top priority for me, but it is important to me.) So, this make take several posts over who-knows-how-many days to get caught up on everything I’ve kept in my Instapaper (something I learned from Tim Stahmer, even though it took me far too long to get on that one). 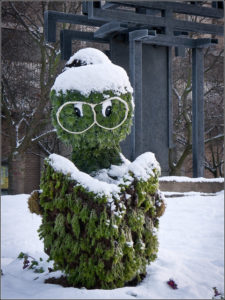 It’s appropriate that I’ve already mentioned Dean because the oldest piece in my collection is from him: Stop Being Bad with Names. This is an issue that has become more and more of a peeve for me as I have always taught in schools with many students from different countries and linguistic backgrounds. As a result, many of my students have names that are unfamiliar to me. I spend the first few weeks of school reminding them to tell me if I am saying their name wrong (and listening to the other kids say each other’s names to be sure I’ve got it right). Several years ago I had a David, but as he was from a Spanish speaking family he pronounced it Daveed (or that’s how my English accustomed ears would approximate). Even with names that appear common I ask kids to tell me their name so that I can hear them say it. However, the great majority of adults around him said David, rather than Daveed. It wouldn’t surprise me if he now introduces himself that way. (I knew him in kindergarten and he has since moved to another school.) Names matter. They are worth the effort.

The Nerdy Book Club remains a daily read for me, partly because of the range of people who write there. Some posts get a quick skim and others get read multiple times. This one, from Laurel Snyder, struck me, I think, because I have a daughter in 6th grade. This feels like her, especially as she has an older sister who pushes her to more mature things sometimes. Every once in a while someone explains middle school (or so) aged kiddos in a way that hits home for me. This did:

Next up on my list is a piece from a former colleague and a friend whose writing always inspires me. I am also always grateful to read educators who are struggling with how to address the inequities that are systemic in our schools. AB is a special education teacher, an area that is full of issues when it comes to race. And she’s looking at the research (something I always want to be doing more of):

Much of the time, teachers and directors use out of school suspension or expulsion to address the child’s family, not the child. Although these teachers are directors realized that these practices do not work to change the child’s behavior, they did feel that they could get the family’s attention or force the family to realize a problem with the child through the suspension and explosion practice. She also found that the teachers and directors shared that despite this belief, they often saw that it rarely caused a change in parent behavior.

Following that is a piece from another friend about a lesson in his middle school classroom during Black Lives Matter at School week. (Typing that hurt a little. The fact that we have to keep asserting the value of Black lives and that society keeps showing how many disagree with that is horrifying.) Mr. Anderson is sharing about a lesson about “affirming queer and trans Black lives” and he got push back from his students. And not just from his students:

I was pulled aside a few days later to have a conversation about what I had said in class that day. Specifically that I needed to be more careful about letting my own beliefs influence the things I said and the ways I reacted to students. The conversation wasn’t threatening, but it wasn’t ambiguous, either.

I was making value statements about what some students heard, felt, thought, and said. I was explicitly stating that some of the things my students heard at home, in their churches, and in their communities had no place in our classroom. But if basic dignity was truly axiomatic, I wouldn’t need to assert these ideas. I wouldn’t receive push back against absolute bare-minimum messages of equality. And I wouldn’t have felt a minor shudder of cognitive discomfort when I said it.

Another piece about Black Lives Matter at School week comes from Jose Vilson. As a white woman I have rarely looked like the students I have taught. I am fortunate to teach in a school (at least for another six weeks or so) with a decent number of teachers of color (mostly Latinx). That’s good for our kids. My own daughters have rarely had teachers who were not white. As Jose says, the research shows that Black teachers are good for all kids. I was thrilled to see Rodney Robinson win the National Teacher of the Year this year. Having him on a national stage can’t do anything but good for education in this country.

The pros are plentiful. There’s more research showing the positive effects of Black teachers on all children, but especially Black children. Of course, white teachers (and others) may feel agitated by inference, but Black teachers are one antidote to the proliferation of white supremacy in our classrooms through pedagogy, curriculum, and assessment. Having a teacher who wholeheartedly empathizes with students who look like them, a teacher who adjusts their relationships in accordance to social norms they (we) already recognize, and a teacher who more readily observes intelligence in Black children matters in a big way. It’s deeper than implicit bias when so much of what we consider “normal” casts so many of our children to the side.

To wrap things up (for now, as this has barely made a dent in my list) is one of those people who, when I see has a new piece out, makes my heart leap. I know it’ll be a piece to reread and to mull over. The piece is titled Comic Sans, which immediately gets an emotional response from me. Shana White is calling out those of us (and too often this is me) who are showing Comic Sans behavior when it comes to issues of equity. As I reread her writing I want to quote so much of it. Please don’t skip this one. I’ve read it multiple times in the months since she posted it and it’s a powerful reminder to me of the work that has to be done and that I have to be doing it.

We all must do more than carelessly and mindlessly retweet and support those engaging in comic sans behavior in our profession. We must move to critical thought then anti-racist and equitable actions as it relates to our practices and beliefs. Refusal, reluctance, or delay allows our educational system to maintain the status quo that does not benefit all.

I’d love to have some thoughtful, deep way to wrap this up, but I’m tired and have to go get my kid from opening night of Les Mis at her high school (she’s doing costumes for the first time). I could save this post in the hopes of having some brilliant insight later, but it’s taken me three months to get this far, who knows how long it could take to finish if I don’t just hit publish.