This blog experiment may be nearing an end. I may be running out of ‘reasons I’m awesome’ already. I don’t think this will be quite the therapeutic process I’d planned if I can count my reasons for awesomeness on one hand…

I take a lot of pictures at school. I’ve done this for years, long before it was as easy as carrying around your phone. My first year teaching, 1998-1999, I made a photo album at the end of the year. (I got a small, point-and-shoot camera for my high school graduation and I’ve been taking pictures fairly regularly ever since.) About a decade ago I started a blog for my class. A way to share our at-school lives with families. Taking pictures gained a new purpose then.

A few years after that I began printing out some pictures, just on the printer, to hang up in our classroom. We had one of those big coat closets on wheels and the back of it was one of the first things you saw as you walked in our classroom. So I covered it with pictures throughout the year. When I took them down I gave them to kiddos to keep.

When it became fairly cheap to print actual photographs, rather than just pictures on paper, I began doing that. The photos are fun and welcoming decorations as well as great reminders of our learning and our community.

Last year another teacher passed these small frames on to me. You can write on them with dry erase markers, which I am hoping we’ll do later this week. We’ll see…

Today I took all those out and put new ones in and hung up the other three 8X10 frames. The photos I took out will go home with kiddos in their Wednesday folders this week, both the small photos and the 8X10s. 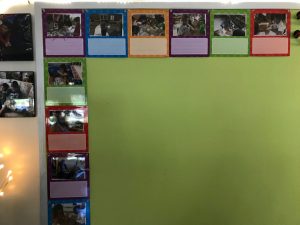 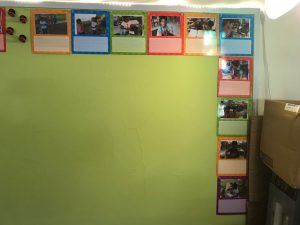 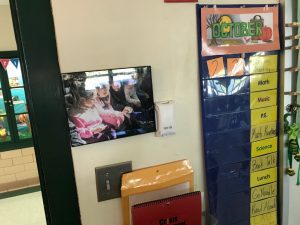 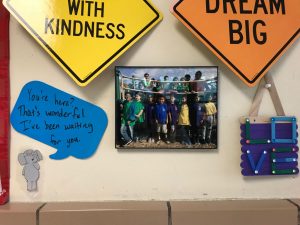 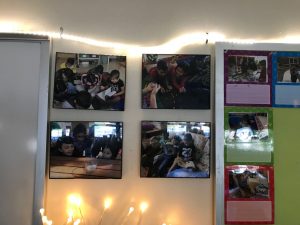 My own daughters went to the school in which I taught for many years in elementary school. It was wonderful for myriad reasons. One thing I miss is that I always knew what was going on. Not every detail of their days by any means, but a good sense of what their daily lives at school were like. My oldest is a sophomore now and I have no clue what her days are truly like now.

I know most parents feel the way I do at this point. So I hope the pictures I take and post on our website and send home for them to keep give them a small window into their children’s lives at school.